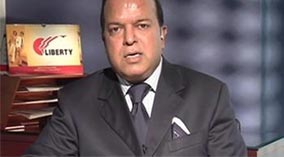 Adesh Gupta, a Mechanical Engineer, after specializing in the applications of Polyurethane in Footwear, joined Liberty in 1983.He pioneered the use of PU technology in footwear manufacturing in India and helped make Liberty a leader in the domestic market. He also put in place a road map for Liberty's growth in the international market and aggressively marketed the brand. With a series of diversification initiatives, Adesh has nurtured the company into a multi product conglomerate. Adesh has won many prestigious awards and is a key functionary of CII besides being the Chairman of IMC, ITI, Karnal.